Sponsored – 5 Latino Golfers That Are Changing the Game

Sponsored – 5 Latino Golfers That Are Changing the Game

When most of us think about the sport of golf, our brains don’t immediately go to Latinos. Because let’s be honest: in the past, we haven’t really seen many Latino golfers, if any at all. But guess what? Times are changing, and it’s very exciting! Latinos are constantly re-inventing the wheel. They’re hustlers. They work hard and push through limitations set against them. Latinos never just accept things the way they are – they’re constantly figuring out ways to make things even better and to make their presence known!

Golf is one of those things. Latinos are making a name for themselves in the world of professional golf, and they’re absolutely killing it. A wave of new Latinos are making their mark on the PGA Tour (the main organizer of professional golf tours in the United States and North America) and the coolest part? They’re all buddies! What’s not to love about a sport where the players support and encourage one another?

Here are 5 Latino golfers who are slaying it in the golf world. If you don’t know their names, you will soon enough! These dudes will totally make you think twice about what you thought you knew about golf. It’s a sport for everyone...Latinos included.

Also known as “Joaco,” Joaquin Nieman had his first PGA Tour victory this past September at the Military Tribute at the Greenbrier in White Sulphur Springs, WV. This trailblazer is also the first Chilean winner in PGA Tour history, and he’s only the third player born outside of the U.S. to win on the Tour before his 21st birthday in the last 95 years. Talk about an accomplishment! Joaco is continually paving the way for Latinos in golf – he’s the first Chilean to qualify for the Presidents Cup, a tournament which is held on an odd number of years where a U.S. team plays an International team.

The U.S. may just be getting on the Joaco Niemann train, but he’s already a bonafide golf superstar in Chile. Before he ever won a tournament, he was arguably their best professional golfer to date. Being a professional golfer as good as Joaco comes with some major perks – he’s sponsored by @avocadosfromchile which means we can all assume he gets free guac, right? Joaco is also tight with many Latino golf players, like Abraham Ancer, Carlos Ortiz, and Sebastian Munoz.

Joaco is currently ranked 8th in the FedEx Cup Season Standings. As if we weren’t impressed enough already, Joaco has an intense workout that you can read about here. Is there anything Joaco can’t do?! Who else suddenly feels like they need to get off the couch and hit the gym?

Abraham Ancer is a Mexican professional golfer who is currently playing his third full season on the PGA Tour.  Born in South Texas but raised in Reynosa, Mexico until he was 14, he’s the first Mexican player to ever break into the men’s Official World Golf Ranking top 100. Like Joaco, Ancer is a trailblazer for Latino golfers.  He’s the first Mexican to ever play in next month’s Presidents Cup, which is a huge accomplishment! He attended the University of Oklahoma, and has been a golf fan since he was in diapers! His father (who passed away in 2013) took him to his first golf course when he was just a baby.

Ancer is also close with other Latino golfers – his BFF on the TOUR is Roberto Díaz, and he’s also tight with Carlos Ortiz and Emiliano Grillo. If Ancer wasn’t a golfer, he says he would love to be a F1 driver, seeing as he’s a huge fan of Formula 1 car racing! Golf may not be as fast-paced as car racing, but we think Ancer chose the right career path!

The 26-year-old Colombian golf player had his first victory on the PGA Tour at the Sanderson Farms Championship this past September. Just a week before, Joaco won his Military Tribute at the Greenbriar! Latinos winning back-to-back? Listen, if there was any doubt that Latinos weren’t amazing golfers, this is proof that we are!

Muñoz is currently ranked second in the FedEx Season standings, and he’s the second Colombian player on the PGA Tour (after Camillo Villegas). Muñoz has been showing off his talents on the golf course since his college days – he played college golf at the University of North Texas with fellow Latino golfers Carlos Ortiz and Rodolfo Cazaubón (four-time PGA Tour Latinoamérica winner).

Muñoz’s athleticism doesn’t stop at just one sport. He excelled in volleyball and disc throwing before he focused solely on golf, proving that yes, Latinos can do it all.

We all know Latinos are inventive, but Venezuelan professional golfer Jhonattan Vegas may just take the cake! Vegas learned the game of golf by playing with a broomstick and a rock, before playing at the nine-hole course near his home which had been built for oil-camp employees. He’s a graduate of the University of Texas with a degree in kinesiology. Vegas is the first player from Venezuela to become a PGA Tour member and the first-ever Venezuelan to win on Tour (back in 2011).

Vegas is a very well-respected member of the Tour, and for good reason! He’s incredibly supportive of fellow players and Latino players. He boasts a total of 3 PGA Tour victories, which is no easy feat. He’s been a pro golfer since 2008, and aside from golf, he loves scuba diving!

The 28-year-old Mexican golfer is a graduate of the University of North Texas. Originally from Guadalajara Mexico, Ortiz is tight with fellow Tour players Sebastian Muñoz, Abraham Ancer, and Joaco Niemann. Ortiz started playing golf with his father when he was a little boy. The reason he picked golf over all the other sports was that “it is the most challenging sport to play.” Talk about ambition!

Ortiz is currently ranked 13th in the FedEx Cup Season Standings and has 3-Top Finishes for the current season. He also came in T2 (which means he tied for 2nd place with other golfers) at the Mayakoba Golf Classic in the 2019 season.

With the Latino talent that’s overflowing in the golf world, it’s just a matter of time before we see another Latino player win the PGA Tour. These 5 Latino players are changing the game and knocking down doors for other Latino players to go through! Their support and friendship with one another also shows camaraderie and incredible sportsmanship. We’re proud of these Latino golf powerhouses! 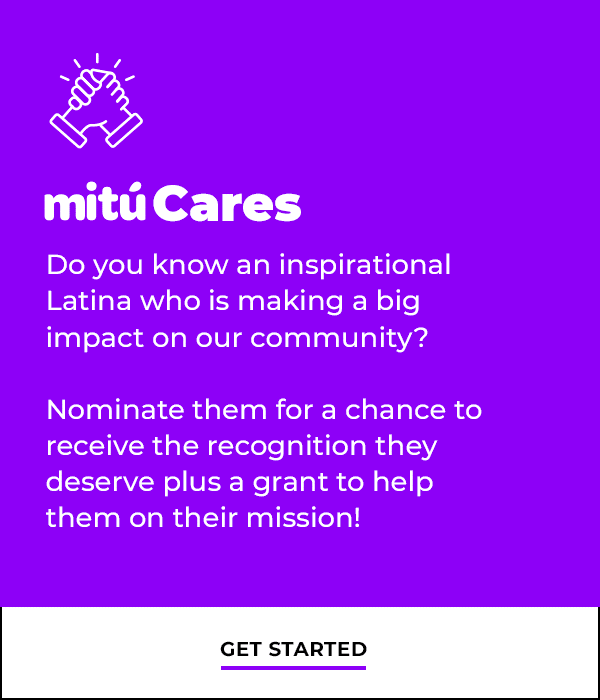